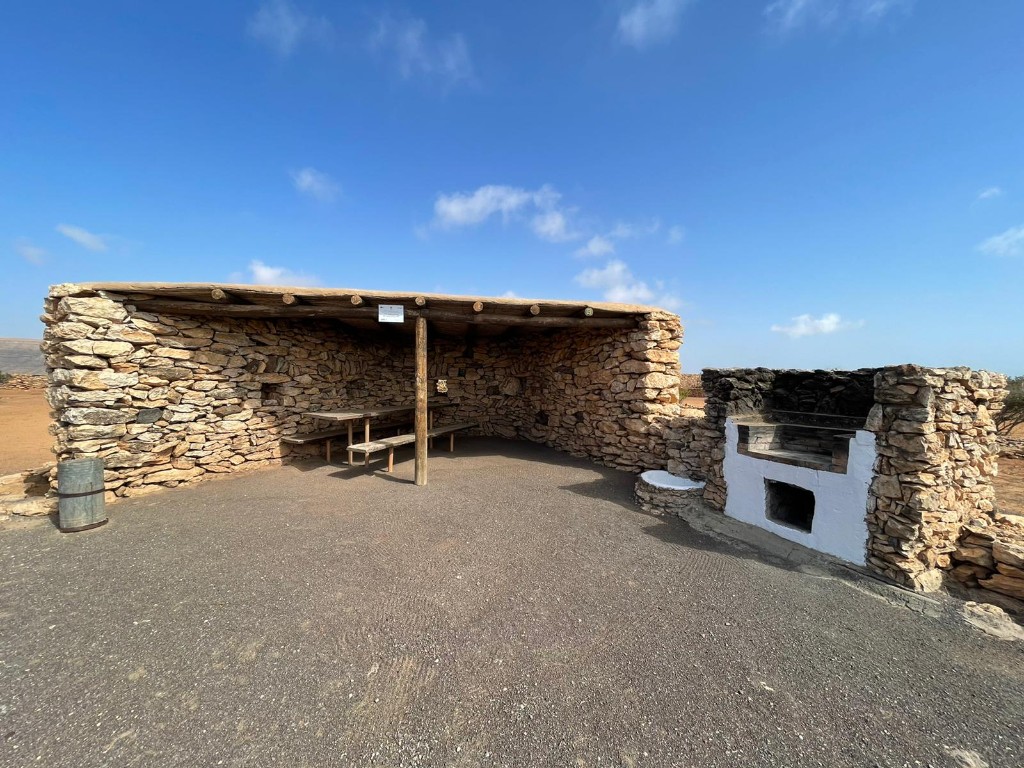 In the Llano del Triguero, at the intersection of the Barranco de La Herradura and El Time, near the village of Guisguey, on the estate of Felipito el Feo, you can learn how the Majoreros had to adapt the desert landscape to be able to grow crops at a time when the economy was based on agriculture.  The aggressiveness of the territory has kept the Majorero in struggle for centuries.  They have had to fight against a desert territory and take advantage of the scarce rainfall that came through the runoff from the ravines.  This water was used by means of catchment systems such as gavias and nateros, land prepared for cultivation.

An example of all this can be found in the properties of Felipito el Feo.  Owner of extensive land between the La Herradura ravine and El Time, he used all his efforts to build a complex stone infrastructure to face the wind and cultivate a soil occupied by limestone rock.  He built thick walls, in some cases more than three metres high, and lower walls to protect visitors from the wind. The owner took advantage of the limestone soil to build areas for planting, but also to erect stone walls to protect the space from the wind and the animals that roamed the area.  Today, visitors to the estate will be surprised to see a network of limestone corrals that Felipito used as the only defence against the dreaded wind.  But they will also see the systems of turns, drains and pipes that he built with the intention of channelling the rainwater that fell on the Llano del Triguero and which he was obsessed with channelling to his land to ensure that "his gavias would drink" when it rained.

Next to the land is the house where Felipito and his mother lived.  The house, as well as the rest of the estate, which is currently planned as a picnic area, has been restored by the Cabildo of Fuerteventura.